Canadians are deeply divided on the question of whether it’s fair for the Liberal government to require that summer job grant recipients sign an attestation respecting LGBT and abortion rights, according to a new poll.

The Trudeau government unleashed a storm of controversy when it declared that organizations would have to confirm that their “core mandates” respect the Charter of Rights and Freedoms on reproductive and LBGT rights in order to be eligible for Canada Summer Job grants.

Presented with a hypothetical scenario involving a pro-life organization applying for a grant to fund activities unrelated to abortion advocacy, nearly three-quarters (73 per cent) of Canadians said they believe the organization should be eligible. Support for funding falls below 37 per cent in a scenario which sees the pro-life group spend its grant money on anti-abortion advocacy.

The 2018 attestation requires applicants to attest that “both the job and the organization’s core mandate respect individual human rights in Canada, including the values underlying the Canadian Charter of Rights and Freedoms as well as other rights,” says the Department of Employment and Social Development website.

“These include reproductive rights and the right to be free from discrimination on the basis of sex, religion, race, national or ethnic origin, colour, mental or physical disability, sexual orientation or gender identity or expression.”

Religious groups and others have complained they are ineligible for funding under the new guidelines because they are unable or unwilling to attest their core mandate aligns with the Liberal government’s position.

Alberta Conservative MP Garnett Genuis said the changes impact a lot of people, including those who have no faith affiliation, such as kids who attend faith-based summer camps.

“We believe that the government should remove the attestation. Funding decisions should not be made based on the private convictions of those who want to engage in good community work.”

More than 80 leaders of faith-based organizations have united in opposition to the mandate, but all indications are that the government will not back down. Among those leaders is Cardinal Thomas Collins, Archbishop of Toronto, who has taken the lead of the Canadian Conference of Catholic Bishops in their opposition to what is being called a “religious test.” 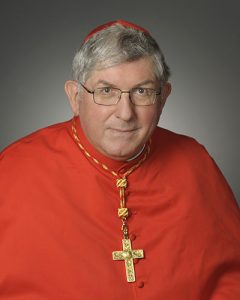 Cardinal Collins offered his perspective on the situation in remarks at a press conference as follows:

”We know that with the changes to the Canada Summer Jobs guidelines application process for 2018, many organizations will be deemed ineligible because they are unable or unwilling to attest that their “core mandate” and beliefs align with the current government’s self-identified values. These groups, though their views and actions are accepted by law and by the Charter of Rights and Freedoms, are being denied equal access to a government benefit solely because of their religious beliefs or conscientious objection.

Faith communities across the country make incredible contributions to strengthening our cities, provinces, and country. When embracing the poor and marginalized, we do not ask for one’s background or belief. We serve them because it is our faith that motivates us to do so.

In the Archdiocese of Toronto alone, we know that at least 150 summer jobs will be impacted by the new application requirements. A summer camp for deaf children, employment for developmentally challenged young people, students cutting grass or helping with gardening, welcoming newcomers to our country.

These jobs are important for young students – but we must also remember the people who rely on the services they provide. It is deeply troubling to me that all are involved are being forced to endorse a particular set of values prescribed by the government. In managing its programs, the government should respect and accommodate the diversity of values and beliefs within Canadian society and must itself abide by the Charter in its treatment of individuals and groups. The fundamental freedoms of conscience and religion thought, belief, opinion, and expression, as guaranteed in the Charter, must be respected and affirmed in legislation, regulations and policy.”