All religious denominations, including members of the Jewish community, can exercise their faith in safety in Hungary, unlike in a number of Western European countries in which anti-Semitism has intensified in consequence of migration, Szabolcs Takács, Minister of State for EU Affairs at the Prime Minister’s Office said at the Ferrara plenary meeting of the International Holocaust Remembrance Alliance (IHRA) which ended on Thursday.

In 2015 Hungary held the chairmanship of the international organisation, with Mr Takács serving as president. This year the chairmanship is held by Italy which organised a plenary meeting for the second time. The conference lasted three days.

Mr Takács, the head of the Hungarian delegation, told the Hungarian news agency MTI by telephone that the ever intensifying and worrying phenomenon of anti-Semitism in Europe was one of the topics of the organisation’s meeting.

In his address, the Minister of State pointed out that the phenomenon must be investigated because it also manifests itself in acts of violence with fatal consequences at times, and it is a serious social, moral and security problem. He said this is a new type of anti-Semitism which partly stems from anti-Israel sentiments and is rife among anti-Zionist, extreme left and anarchist groups.

On the other hand, anti-Semitism connected to radical Islam has also emerged in Western European countries which cannot be entirely detached from the process of illegal migration. 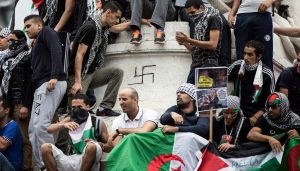 In his address, the Minister of State said that, with the Hungarian government’s support, the Budapest-based Action and Protection League established a European-level organisation which may offer effective assistance with action against intensifying anti-Semitism.

The organisation will regularly assess the intensity of anti-Semitism in every Member State of the European Union.