Americans United for Life (AUL), an anti-abortion public interest law firm and advocacy group based in Washington, D.C., has ranked Arkansas as number one on its “Life List” for 2021. Arkansas topped the list as the state passed more laws protecting the unborn than any other state in the country.

Foster noted that Arkansas has passed “a whopping ten pro-life laws” since 2019. The laws were all to go into effect in June following the Supreme Court’s Medical Services ruling. 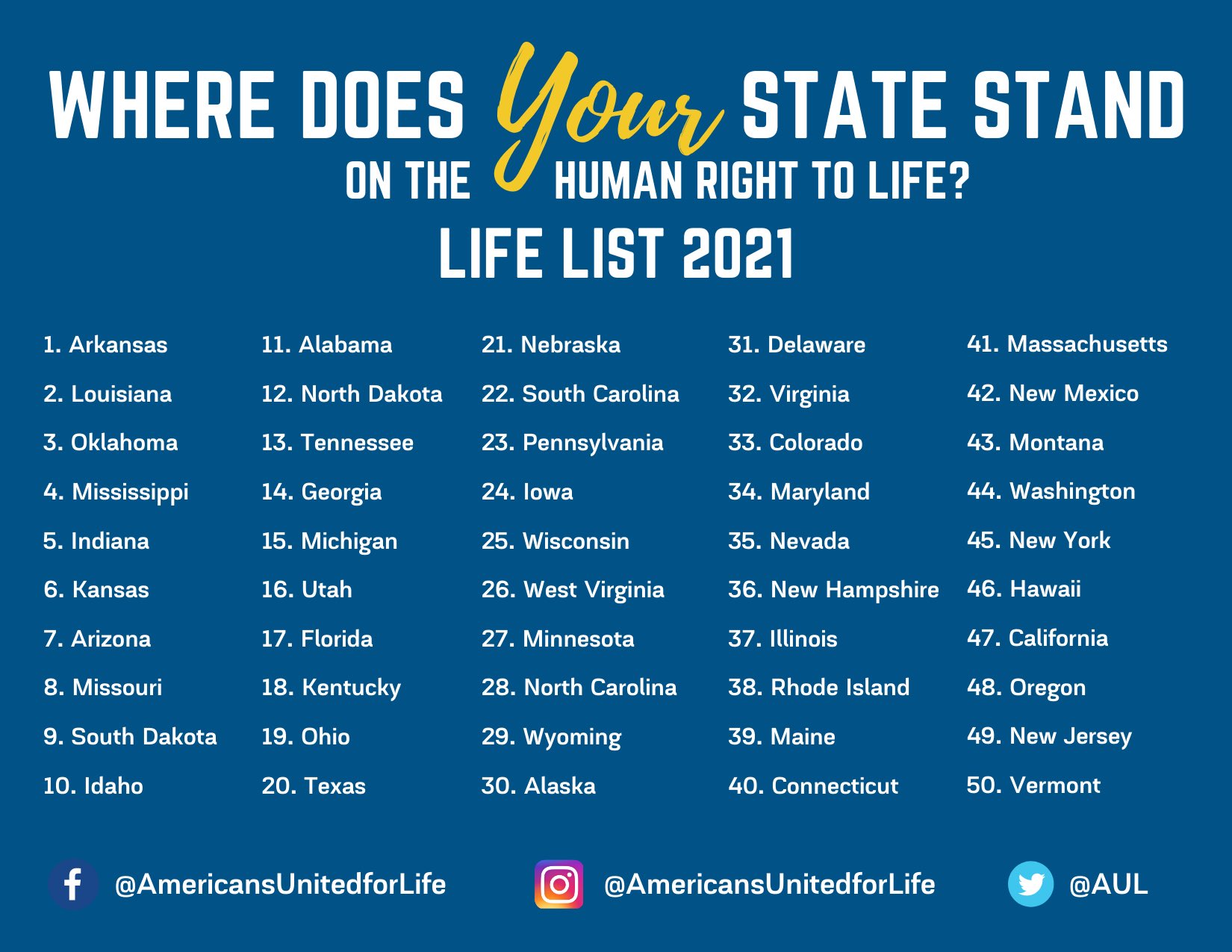